Most new homes and existing homes which are to undergo a major renovation, are now requiring through BASIX or council DA’s to have a rainwater storage system installed.

These requirements are to make the home more sustainable and reduce the reliance on mains water supply, which when in times of drought, is a scarce commodity.

Since these recent requirements have come into effect, rainwater tank manufacturers have had to come up with more innovative water tank designs. 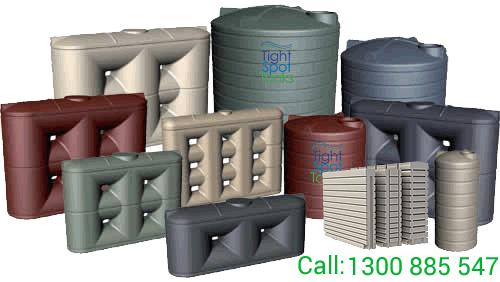 Rainwater storage tanks of old were generally the round steel corrugated iron tank. These can still be found on larger blocks  or country properties, although this new demand for water tanks has led to the design of the Slimline Rainwater Tank.

The slimline water tank is generally on oval or rectangular shape as compared to the round shape of old. This rectangular oval shape allows the tank to be placed in locations, such as side passageways, which have space restrictions. The older round tanks were far to large to be located here.

With the smaller blocks of land which are now standard in suburbia and the inner city, the advent of the slimline tank is allowing homeowners to install a rain water storage system without losing valuable outside living space, and detracting from the aesthetics of the property.

There are two types of materials currently being used in the manufacture of the slimline tanks on the market. The first is the polyethylene or poly rain water tank. These tanks may also be known as plastic storage tanks.

The poly slimline tanks tend to be less expensive than their competitor, which is the custom made steel or color bond rainwater tank. The new slimline color-bond tanks are generally still corrugated, although instead of being plain steel now they tend to be manufactured using color-bond steel, which gives them a much longer life.

They have a food grade poly liner fitted to the interior to the slimline tank to prevent water actually touching the metal, and this feature gives them a much longer lifespan than the older model tanks.

The slim design of a water tank does make it more difficult to produce and the engineering is quite a bit more complicated to that of a round water tank. When a tank is round the strength of the tank is based on the fact that it is round. With a slimline tank, the force or gravity of the water naturally wants to push out the sides of the tank.

This is why the more basic poly tanks tend to have a lattice design to give them strength, while the steel or color-bond slimline tanks will have struts inside the tank going from one side to the other.

The Release Of A New And Innovative Thin Rainwater Tank 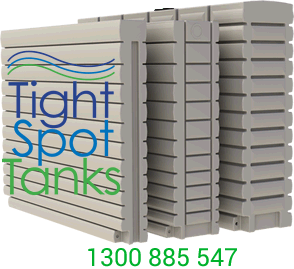 Recently a new design in slimline tanks has been released onto the Australian market. This new range of water tanks is an innovative design that is more rectangular in its design and resembles a fence or barrier.

The engineering and design has taken slimline rainwater tanks to a much higher level. The patented cross connectors is the key in allowing the ThinTank to keep its form when holding a full tank of water.

The major benefit apart from the attractive appearance of the tank, is the width of the tank. The 1000 litre has a depth/width of only 260mm. This is crucial for those inner city properties that have only one side access, and a small courtyard in the rear.

If the property has a standard 900 -1000mm space from the building line to the boundary fence the ThinTank can be installed, still leaving space for bins and people to pass. The 2000 litre is only 470mm in width/depth and is one of the slimmest tanks currently available on the Australian market. 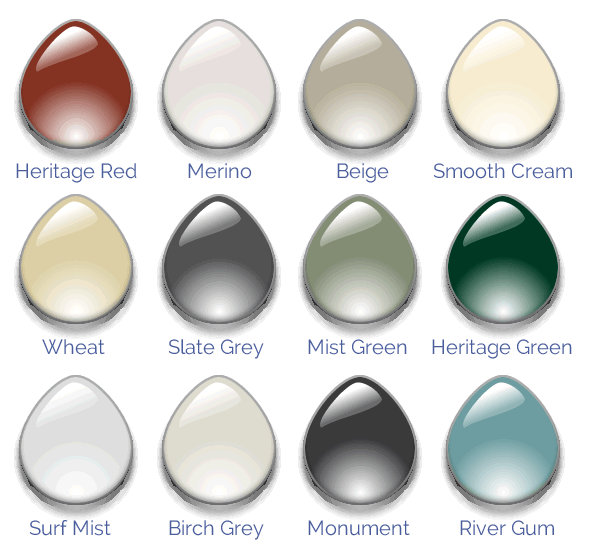 These tanks are modular and can be placed end to end, allowing the homeowner to add as many tanks as their space permits. ThinTanks currently has 1000 litre, 2000 litre & 3000 litre slimline models available.