A question I am often asked when taking calls in our sales department is this, “Should I buy a steel or poly rainwater tank, what is the difference? “

There are several points which I usually make to the customer in assisting them in making their choice.

Let’s look at a few of them below:

The Size Of The Water Tank

The first consideration is to know the amount of space that you have available when opting for either a steel or poly rainwater tank. The manufacturing process of each type of tank is considerably different. 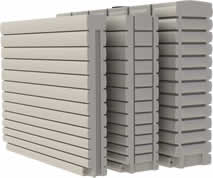 Polyethylene tanks are made using a process called Roto Moulding. This involves a mould of the desired tank size to be filled with poly powder and then placed into a large oven where it is rotated until the powder distributes within the mould and forms the plastic shell.

These water tank moulds are usually made from a metal such as Aluminum and can be very expensive depending on the tank design i.e. – round or slimline design.

The moulds for some of the more basic slimline designs can range in price from $30,000 to $60,000 dollars each. Some of the more complicated moulds such as the moulds used to make the ThinTanks range of rainwater tanks cost between $120,000 to $220,000 each.

So we can see that each individual sized poly rainwater tank requires a different mould. The size of the tank cannot be changed as the mould is a set size, and to change the size of an existing poly tank a new mould would be required. This is why most Poly Rainwater Tank Manufacturers have a set range of tanks.

When a customer calls me with an enquiry regarding the type of tank, my first question is always the same, “What are the dimensions of the space you have available for the tank? i.e. – The maximum length, the maximum width or depth of the tank and the maximum height the tank can be.

The answer to this initial question will tell me if the customer has a choice for a poly or steel tank, or both. This is due to the fact the poly range of tanks is restricted to the size of the moulds the manufacturer has in their line. 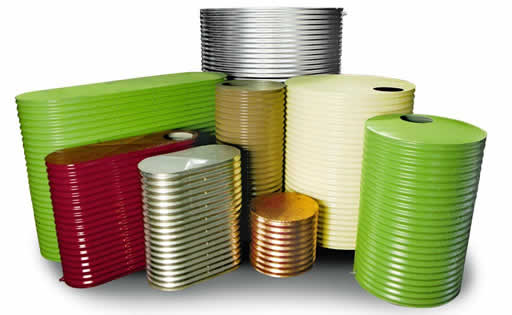 The major benefit of the steel slimline, round tanks is that they are custom made using a rolling machine. They do not require the Roto Moulding process or expensive moulds like the polyethylene tanks.

They still have some restrictions to the maximum length or height of certain tank designs, but essentially the steel custom made tank is made for the space the customer has available.

Also another factor is that due to the design of the steel tanks, especially the slimline and modline rainwater tanks, the capacity is generally greater for the space they take up, compared to their poly counterparts.

You will find a very useful tool  called a “Size A Lator“ that you can see to the right of this article, which is great for designing a custom made colourbond steel tank. You will see when using the “Size A Lator“ just how many different size tanks can be made, when using the steel manufacturing process compared to the poly rainwater tank process.

The Location of the Tank

Another factor in the decision between the two types of tanks is the location of the tank.

Is the Rainwater Tank to be located in an area that is going to be seen, such as the backyard, adjacent to a deck?

Or is it to be located down the back on the garden shed or possibly along the side of the house that is not ever really seen.

The aesthetics obviously become more of a major factor if the tank is going to  be located in a place where it will be visible.

Personal preference obviously does come into play here but the vast majority of people do prefer the custom made steel tanks compared to the more standard design poly tanks, when the tank will be on display.

The exception to this rule is the new ThinTank™ range of rainwater tanks with their sleek and compact design. Many architects and builders are finding that their customers prefer this new rectangular design Poly Tank to the steel tanks.

Of course, as mentioned before, personal preference for a design comes into play here.

The Cost of the Tank

Obviously the cost of the tanks is an important factor in any choice.

Depending on the size and design of the tank, i.e. – round or slimline, the cost can be considerable.

The higher end Poly ThinTank™ is in the middle of the less expensive standard poly tanks and the custom made steel slimline tanks.

I trust this information has been helpful to you and will assist you in making your decision.

Of course please feel free to call us on 1300 885 547 or leave your comments below, and as mentioned at the start of this article, ensure you first establish the space you have available for the rainwater tank.

3 thoughts on “Should I Choose a Steel or Poly Rainwater Tank?” 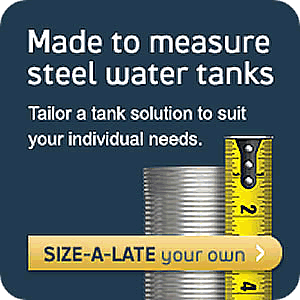